Media Bias: When a Muslim Commits a Crime

Examples of Anti-Muslim Bias in the Media

Media & Communications Department
Media Monitoring Unit (MMU)
MPAC has established a special unit dedicated to the monitoring of the Nigerian media and providing feedback from the community on issues that affect us. At the Media Monitoring Unit we think of the media as a tool for positive change. We believe that we can impress the media and impact decisions on what gets covered, and how. If we don’t make an effort, we and other elements in our society will live with misinformation about our religion and issues affecting our community, and media organizations will think they are doing fine job. The objective of setting up this unit is therefore to promote free and accurate media coverage of issues affecting the Muslim community. Insha Allah, we should be able to achieve our goals simply by holding the media accountable to the basic tenets of journalism. MPAC urges other Nigerian Islamic organizations and Muslim Student organizations to seriously consider setting up a similar unit and join the campaign to rid the media of Islamophobia.
DEVELOPING OUR CASE

At the MPAC Media Monitoring Unit (MMU); the first important task we are doing is to document concerns and trends among Muslims and the general media performance in the wider Nigerian society. Both positive and negative trends shall be monitored by studying the coverage and reportage pattern of Islamic or Muslim affairs- news and events within and outside our borders, and how the Nigerian media coverage of these fall within the global media trends towards Islam and Muslims. MPAC Media and Communications department will regularly engage in strategies to hold the media accountable to their own codes of practice and use performance measuring tools to appraise the Nigerian media to decide on the issues they cover well and those that need better coverage.

But there is a serious problem: our community must not systematically attribute its ill-reputation on the ‘media’ because the media, a section of which is systemically and inherently Islamophobic, is not a monolith. Such finger pointing only takes away responsibility from us for the state our community is in. An Islamophobic press is less than half the story. Most of us act in a way that suggests we are acting out a script written by Islamophobes. Muslims have the right to demand that the media be fair, but we must also be open to scrutiny, even when it is uncomfortable, and take responsibility for our own acts that are detrimental to Islam or opposed to Islamic teachings. There are many bad eggs amongst us that routinely score own goals and give the hostile section of the media and their cheerleaders something bad to write about.
However, since media portrayals of Muslims have a great impact on public opinion and perception of Islam and all Muslims, MPAC believes this institution should contribute to cultivating an accurate and enriching understanding of Islam and Muslims by the general Nigerian public. Media professionals should rise above personal views and the lure to use individual actions as a brush to paint Islam and all Muslims; following basic principles of balance and fairness.
In addition the Unit shall commission a study (detailed below) that documents specific examples and patterns of factual errors, unreported news, substantive biases, and a lack of diverse viewpoints. These tasks will be handled by the staff of MPAC Media monitoring Unit relying also on the results generated through the wider Muslim community media monitoring initiatives.

HOW TO CONDUCT THE STUDY

Our study group will;
MEETING WITH THE MEDIA

Once we’ve compiled a comprehensive study with facts and figures, we’re ready to make a strong case. We would then get the names of editors at the media outlet we’ve studied and write a letter asking them for a meeting. The letter will explain to them about MPAC and that we’re concerned with the coverage of a particular issue and that we would like to discuss the findings of our study with the appropriate editor, producer, or news director. We will then follow up with a phone call about a week later, and be persistent if necessary until they agree to set up a meeting, which may preferably include members from other Islamic group and perhaps representatives from the general Muslim community who can speak on the issue and make our case stronger. These community representatives can also serve as ongoing sources for reporters. MPAC considers that it is best to bring no more than four or five people to the meeting.

Prior to the meeting, we will prepare an agenda or identify points for discussion. Everyone from the MPAC side must be familiar with the study and develop a format for presenting the information. For instance, deciding who will make opening remarks, who will ask which questions, who will present our ideas about improving coverage, who will give closing remarks, and so on.

It is also important to be psychologically prepared. Some editors and news directors will be friendly and at least claim that they welcome comments and suggestions. Others, who are not used to being held accountable, may get defensive and question our study, accuse us of witch-hunting or simply put the blame on tight budgets and ‘publisher’s devil’. We will not be intimidated! We would insist on being treated with courtesy and respect and avoid making accusations, and never loose our temper.

If the issue involves coverage of events happening outside the country and if the media outlet can afford it, we will demand the person in charge send a correspondent to the region or hire a freelance journalist to cover the area. This is an alternative to wire reports, whose content is not controlled by individual news organizations.

To ensure quality of coverage, MPAC will always request that coverage features expert sources and people who are affected by policy decisions rather than just the views of policy makers and other spokespeople. MPAC MMU staff will also use this opportunity to request space for public service announcements and inquire about expressing our views on the Opinion/Editorial page or in an on-air commentary.

We will always seek to conclude the meeting with the following;

1.      Specific request for better coverage, based on what we found in the study.
2.      Offer ourselves or the community representatives as sources, and provide a list of additional contacts.
3.      Re-cap any commitments the media representatives may have made and thank them for their time.
4.      Let them know that we’ll continue to monitor the coverage.

SHORT TERM FOLLOW UP About a week after the meeting, MMU will send a letter to everyone who attended the meeting that summarizes the points and agreements made. As we continue to monitor media coverage, we will look for material that may be a positive response to our concerns and express appreciation for improvements by thanking the media representatives who are responsible for them.
LONG TERM FOLLOW UP

MPAC will continue to press for better coverage depending on what kind of response we get. If we’ve met with the media to express our concerns, and we haven’t noticed any changes in the coverage, we will:


1. Organize “letters to the editor” campaigns

Get people interested in our issue to write letters asking for more coverage of the issue. The letters might also respond to inaccuracies or biases that came through in any coverage that appears, reflecting the concerns expressed in the meeting. Such inputs will try to include any important information that’s been left out of a story.

We will contact writers or journalists who are familiar with our issue and willing to align themselves with our cause to write op-ed pieces. Most Nigerian media outlets use sources like CNN or the BBC for commentary and analysis in foreign events affecting Muslims, we will keep ourselves updated on the ways issues are discussed on these outlets and go further to suggest alternative news outlets; it’s only fair that they balance the coverage by using sources from the alternative press. We will always strive to prove ourselves a credible and up-to-date source of information by sending out press releases on new developments to media outlets. Also, by calling them immediately with breaking news and describe its impact.

If all of these strategies fail to bring about a change of heart, MPAC will keep to the 5 methods to seek redress until we achieve suitable reforms.

PUBLISHING OUR STUDY MPAC MMU will publish its report at the end of the study and try to get a competing media outlet to publish our study. To make the conclusions of our study acceptable to the public, MPAC report will avoid being accusatory or hyperbolic. It will state the facts and figures and hope that the Nigerian Muslim community will be respected for a solid study and a reasonable analysis.
In its capacity building drive and support for other Islamic organizations wishing to join this campaign, MPAC suggests the following sample survey questions:


1. How much coverage does our issue get? (Count the number of times a story on your issue appears in the particular media outlet you’re monitoring)

2. Who are the sources used in the story? (List their names and positions. For example, Mr. X Anonymous, a Local Government spokesperson.)
3. Where did the story come from? (A wire service or a staff reporter?)
4. Is the coverage factual or based on speculation or opinion?
5. Are negative terms used to describe sources that might be considered alternative to official sources? For instance, are Muslim groups labeled “radical”, unfairly giving them less credibility, while other sources are labeled “official”, or does the report attempt to create a split in the community by describing a group ‘moderate’ and another a ‘fundamentalist’?
6. How long are the stories that cover our issue? (Briefs, photographs with captions, lengthy news stories, or features?)
7. Does coverage reflect actual circumstances and provide adequate context? Are the root causes of the problem explained? Is there some historical background provided, or does the issue seem like it came out of nowhere?
8. Are there places where our issue is being covered or being covered better? If so, who are the sources and how are both sides represented?

Media Bias: When a Muslim Commits a Crime

Examples of Anti-Muslim Bias in the Media 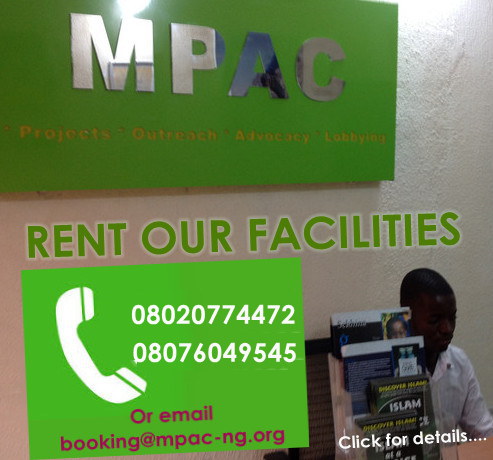